Well, well, well.  Our day has had so many ups and downs it’s hard to know where to begin.  Paris was the city that the children were looking forward to visiting the most and I wanted them to have the best experience possible.  Typically, things did not go to plan.

We only had fruit in our apartment this morning so poor old Rowie was forced to eat a punnet of blueberries and a nectarine for breakfast – which he deemed to be an inadequate breakfast and therefore made constant enquiries about the whereabouts of his breakfast dessert, and the whenabouts of his lunch.

This continued right through our trip to Galleries Lafayette Haussmann, which is a hideously expensive department store.  We had no intention of spending any money there, but was told the view from the roof was spectacular.  The rest of us regarded Eiffel Tower viewing as more important than food.  Rohan did not concur but begrudgingly trodded along.

The view was amazing.  Ben and the kids stopped me from taking those cliches photos of someone pretending to hold the Eiffel Tower, they even thwarted my suggestion that we could take a photo of the Eiffel Tower as if it were stuck up Rohan’s nose.  I’m surrounded by killjoys.

We were like fish out of water in Galleries Lafayette Haussmann, which I think may have been in a similar league to Harrods, so we made a quick exit so we could find somewhere for lunch.

The first restaurant we happened across was called Cafe de l’Opera.  It was way out of our usual budget for lunch but I managed to convince Ben that we could skip dinner and that it was really important to have an authentic French meal, complete with escargot.

It appeared to be a pretty high end restaurant and even though we had started the day all looking respectable, Isabelle and Rohan had somehow managed to become dirty and grubby with disheveled hair. Probably not their usual clientele.  We were sat right up the back of the restaurant near a toilet, which suited me just fine as Rohan and Isabelle could relieve themselves whenever without need of an escort.

The meal was delicious, although bought out very quickly.  We had decided to have the full French meal (entree, main and dessert – all at lunchtime) and do it like the French people do – take our time to savour each course.

Unfortunately the restaurant didn’t seem to have the same desire for us to have a leisurely long lunch like regular French people.  Our main’s and entrees were bought out simultaneously and dessert (ice-creams) were bought out while we were still eating our main.  This led to everyone rushing their meals so that the ice-creams didn’t melt which resulted in a bunch of over-stuffed Aussies who had eaten delicious food but definitely not in a leisurely French manner.

Whilst I was still finishing off my ice-cream Isabelle announced that she needed to do a number 2 and merrily skipped the 1m to the toilet.  The toilet door had a sign on it saying  “this is not an exit” and also showing how to tell if the bathroom was engaged (red) or vacant (green).  We looked it up in our translator apps before allowing the kids to go.  Isabelle was in the bathroom for about 3 minutes when she started screaming hysterically.  The lights in the toilet had turned themselves off and she was in complete darkness and terrified.  I couldn’t open the door from the outside and was trying to calm her down from the other side of the door.

Isabelle has a few types of screams/cries.  One is more of a fake whingy scream that she will use if she has been hurt by one of her siblings and wants attention.  Another means she has been genuinely hurt by you can tell that it’s not a serious injury, just a minor ailment.  Then there was this scream.  It was a scream that the whole of the restaurant would have realised meant that the noise-maker was in a state of hysteria – petrified out of their wits.  While I was talking to her I was waiting for someone to come and help us.  No one seemed to be concerned in the slightest leading me to yell to a waiter for help.  In my panic I forgot the French word for help but I’m pretty sure Isabelle’s screams would have clued him in.

Eventually the manager came over.  Before he unlocked the door however he began screaming at ME.  “THIS IS MY TOILET!!”, “DO NOT USE MY TOILET!!” and “STAFF ONLY”.  There were also some French words in there that he used but I did not understand.  He was telling me off, while my daughter was so scared she was hyperventilating behind a locked door.  Tears sprung to my eyes.  I couldn’t say anything back as I couldn’t speak French and I was stunned.

He let Isabelle out and she collapsed in my arms while he stormed away angrily muttering things in French.  I sat down at the table with a crying Isabelle in my arms and tried to calm down.  We had all finished by this stage so we glumly got our stuff and went to pay.  The meal was by far the most expensive meal I have ever paid for.  I could have fed my family of 6 for a week on what that meal alone cost.  I was really upset that the experience had been ruined by the terrible toilet incident.  I asked the cashier if she spoke English.  She didn’t but called over someone else.  I explained to him what had happened and he confirmed that the man who yelled at me was the manager.  He seemed very upset and apologetic for the managers behaviour (he could see Isabelle still trembling and me with red eyes).  I paid our bill but before I left I said to him “Please tell your manager that I am a popular travel writer and blogger.”

When we were safely outside Ben laughed and said to me “that’s a bit of a lie!!”.  I replied “I am popular amongst my family and close friends and never, ever have I had more motivation to become popular amongst strangers than I do now.”

We sombrely walked from the Opera House to the Eiffel Tower.  I guess we did have a real French experience because every single one of us had a sour facial expression on the whole way.  I was still so upset that I couldn’t even enjoy marvelling at the magnificent architecture.  Isabelle became even more upset after a while and she told us that she was mid way through going when the lights went out and hadn’t had a chance to clean herself up.  This meant that she now had an extremely sore bum and I was holding a sweaty little hand that I immediately wanted to drop.

It took us a km of walking to find a toilet.  We were down by the river and were sure we’d stumble upon one eventually.  Toilets in France are really dirty (with the exception of the lovely, clean staff toilet at Cafe De l’Opera which now has a nice big un-flushed turd sitting in it, courtesy of Isabelle).  We eventually found one and sent her in to clean herself up.  It was too late though and the chafing had set in, leading us all to suffer from a day of whinging.

When we got to the Eiffel Tower we had to queue for 45 minutes just to go through security.  45 minutes of standing in the heat listening to Isabelle give detailed descriptions of her chaffed bottom and everyone else grumbling because they hate queueing.  Rohan didn’t grumble.  He was desperate to get in so he could climb the flights of stairs to the first platform.  My intention was to send him and Ben off on that expedition whilst I the girls and I found a nice cafe somewhere but once inside the base of the tower it became apparent that this was not going to be the case.  Inside (underneath) the tower was as crowded as the queue outside and there must have been a queue of 600 people waiting to climb the stairs.  It didn’t take much convincing for us to get Rohan to agree to abandon the plan.  We sat in there for a few minutes before deciding to exit and find some nice grass to sit on.  Underneath the tower is all dusty/sandy and there weren’t any quaint cafes.

We left and walked around until we finally found a nice piece of grass to sit on that had a view of the tower.  The kids played, Kylah achieved her split leap and Ben and I made friends with a nice Canadian couple.

Our train trip home was long, hot and stuffy.  It was, by this stage, peak hour and the train was jam packed.  I ended up falling backwards and landing right on the lap of some poor French bloke.  Again, in my panic I forgot the French word for sorry (Pardon) and apologised profusely in English.

The French people in the supermarket were really helpful to Kylah and I and extremely patient.  It is really hard shopping when you don’t know how to speak/read a language.  I was so worried that we may have queued up in a ’10 items or less’ isle when we had way more than 10 or done something else wrong.  Whether we did or not I will never know.  I know we must have done something incorrectly as the bloke serving us began directing customers to other registers as he was putting us through.  Perhaps he pre-empted it would take a while?  But he was nice and called the manager over to go and weigh and put labels on our fruits (which we had no idea that you were supposed to do).  I must have said “merci” a million times but he just smiled and said something in French which I’m assuming meant “don’t worry about it”.

We had a very light dinner (which is the French thing to do) and then watched the ‘footy’ (soccer).  Everyone bar Ben fell asleep before the end of it but I was pleased to wake up and find out that France had won.

By now I’ve decided that it is our presence in a country that leads them to victory in the world cup.  Everywhere we go the country we are staying in wins.  I am open to any free trips to the two winning teams countries this weekend to ensure their victory.  As it is we don’t have accomodation planned from Saturday through to Tuesday (we have a hire car and were planning on ‘winging’ it).

I had so much else to write about about but unfortunately I spent so long detailing our unfortunate lunch that I have forgotten a lot of the rest.  Perhaps I will remember today on our long train ride to Versailles.  I will ensure to jot down anything I remember.

Truthfully yesterday was a bit of a downer and marred by that one bad experience.  Isabelle is now terrified of French toilets and I’m terrified of unwittingly doing something wrong again.  I did send a picture of the toilet door to a French friend last night and she assured me that it did not say “staff only” anywhere on it.

Anyway, I’d best be off.  Everyone is waiting on me to leave for the castle. 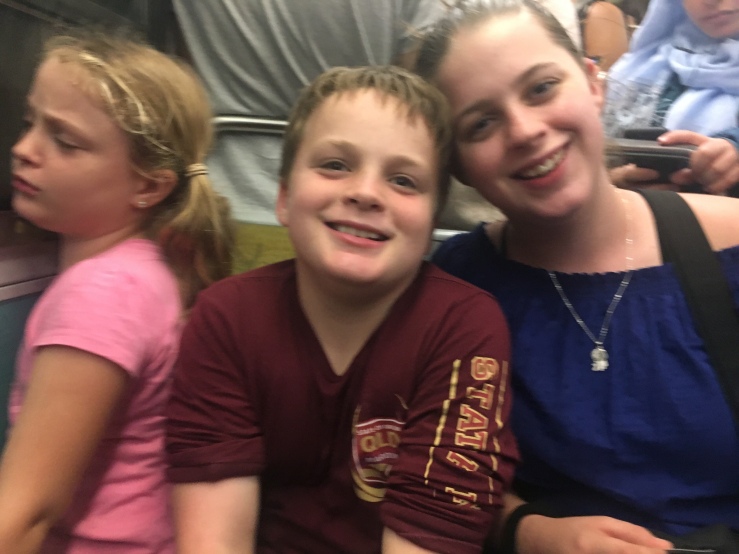 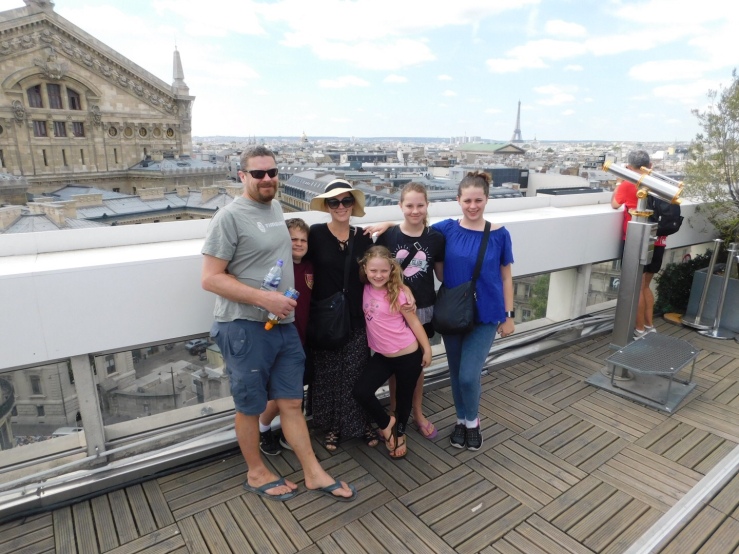 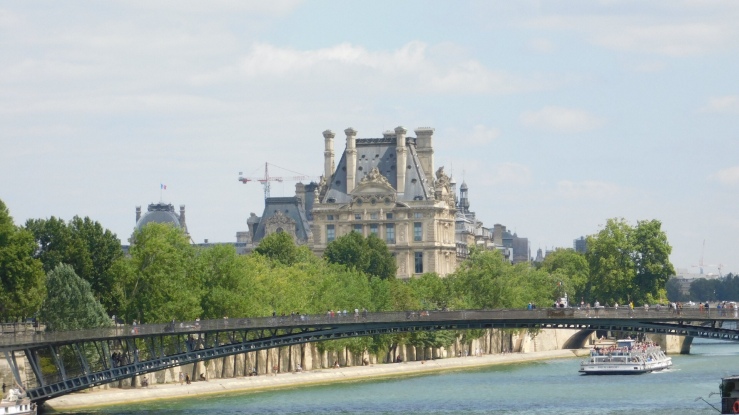 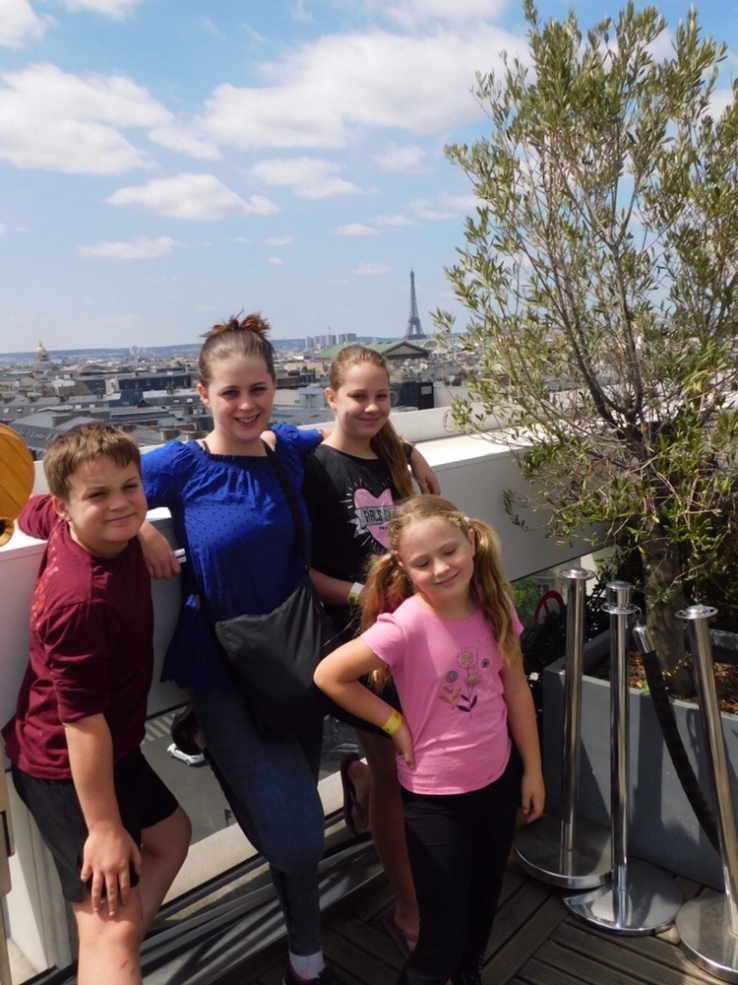