Muriels wedding is one of those iconic Aussie films that really sums up who we are as a nation. The characters in the film are all uncomfortably familiar, in a bad way, which pays homage to our ability as a country to laugh at ourselves no matter how terribly we are portrayed.

Other Aussie classics, like the Castle, portray the Australian family as dumb but harmless. This one brings the worst parts of Australian culture and characters right to the front and centre. Rather than big corporations or government departments being the baddies, in Muriels Wedding, the baddies and goodies are one and the same.

Muriel herself lies, steals, treats her best friend badly and constantly pretends to be someone she isn’t. But she is likeable because we can relate to her. The feeling of being an outsider, not fitting in, being different….. is something that most of us have experienced at one point or another. We can empathise with her desperation to be popular, be accepted and most of all – loved.

Was the movie intended to be a comedy? It’s a bit of a tough question. Most people would say yes, it was. But when you step back and look at it, it’s really a heartbreaking story about an emotionally abusive, corrupt and racist husband/father who treats his wife terribly and his children like worthless pieces of garbage. The mothers suicide, prompted seemingly by Muriel stealing money from her and then totally disregarding her mother on her wedding day, is glossed over. Muriel does seem sad, at the funeral, but we are all saved from having to shed too many tears as within the blink of an eye Muriel’s ‘husband of convenience’ (who until this point hated her guts) appeared from no where and a hot sex scene saved us from having to dwell too much on our sadness. Played by a young Daniel Lapaine, Muriel’s incredibly good looking husband was the best thing about the whole movie. In fact, when I think about Muriel’s wedding, other than feeling proud that Toni Collette went on to become so well regarded in the industry, all I think about is how ‘slip right off your seat’ gorgeous her onscreen husband was.

The musical stays true to the movie in so many ways. The plot deviations they did incorporate, only served to improve and modernise the original Muriel’s Wedding. Bringing Porpoise Spit to modern day Australia was as simple as adding hilarious musical numbers and references to social media, hash-tagging and internet influencers. Honestly it was a perfect move which increased the comic value, something I feel the movie so desperately needed.

Artistic license was also taken with Muriel’s husband who evolved from an arrogant, cold but EXTREMELY sexy South African swimmer seeking residency in Australia to a gay Russian swimmer (still very hot) who wanted to compete in the olympics but couldn’t as a Russian citizen due to his LGBQ status and Russia’s archaic lack of gay rights. I found this evolution to be perfect to the storyline and the musical number “Life is a Competition”, is one of the show’s highlights.

Dave Eastgate (as Ken Blundell, the swimming coach) delivers a song which starts out like this:

“Right from the beginning, everyone of us is swimming
Sperm’s in a race, competing for an egg
And like the Olympics, there can only be one winner
The losers end up as a wet spot, dead
A crusty defeat, a stain on a sheet
A tissue in a toilet, a drop on the seat
Now give me 110%, or you can piss right off from the main event”

This number, without a doubt, wins hands down as the highlight of the show for me.

The character of Muriel was played by Natalie Abbott, who brought to the role innocence and naivety, making her a much more likeable Muriel (sorry Toni Collette, I do still love you!!). When I found out that this was her professional debut it made me like her even more! Natalie’s voice is incredible and the stamina she must have, to perform so many powerful vocal numbers in a short period of time, is astounding.

Rather than gloss over the suicide, Muriel’s Wedding the musical added an emotional, heartbreaking song titled “My Mother (Eulogy)”. Natalie’s portrayal of the devastation Muriel felt combined with her powerful vocals caused tears to well up in my eyes and goosebumps to appear on my arms.

Overall I thoroughly enjoyed Muriel’s Wedding the musical and rate it MUCH higher than the movie. It manages to turn things that the movie trivialised, into important issues that are still relevant in our society. They did not abuse the ABBA angle and only had a few ABBA songs and references (thank goodness) with most of the music being original numbers that were catchy, funny and provided us with an incredible array of impressive vocals and dazzling choreography.

Wicked still is sitting steady in position number 1 on my list of “All Time Favourite Musicals” due to the fact that I saw it on Broadway and I’m positive Elphaba is the character that Kylah is destined to play. “The Book of Morman” is still safely sitting right down at the bottom of the list (hopefully it stay’s there, I’d hate to be subjected to, or even imagine something that could possibly be worse). I’d say that Muriels Wedding the Musical would currently occupy spot number 2 on my list. It sits very comfortably above Mama Mia, which I have seen twice so consider myself to be an expert on, Dirty Dancing the Musical and Grease the Musical. These were all shows where the movie trumped the live show. I can say very confidently that Muriels Wedding the Musical trumps Muriel’s Wedding the movie – hands down.

Definitely go and see it when it comes to Brissy very soon. If anyone is reading this outside of Brisbane, firstly – THANK YOU!! I usually only have my husband, family and a few close friends read my blog (and they all live in Brissy)!! But also if you live outside Brissy, you will need to take a trip to either Brisbane or Perth to see it. Never fear, both Brisbane and Perth are lovely places to visit so it’s a very good excuse to come.

P.S. What IS the deal with me??? Am I a travel blogger? A lifestyle blogger? A reviewer of things? An influencer? A person who writes sporadically about things they like and don’t like for no apparent reason?? I’d say probably yes to all of them (except the influencer one. Like Muriel I have never been popular on the internet regardless of how many hashtags I use or no matter how many people I bribe, suck up to, or follow). If Jerry Seinfeld can have a show about nothing, six million girls can have insta accounts where they do little more than post pics of themselves in bikini’s and some Korean guy can have a viral song about a pen and a pineapple then I can have a blog that no one reads where I write about stuff I like/ don’t like and can therefore say, with a certain level of conviction, that I am a successful blogger and that _____ (insert place of shitty service_________) could do well to improve their customer service (yes I’m talking about YOU Cafe de’l Opera and Hilton LA). 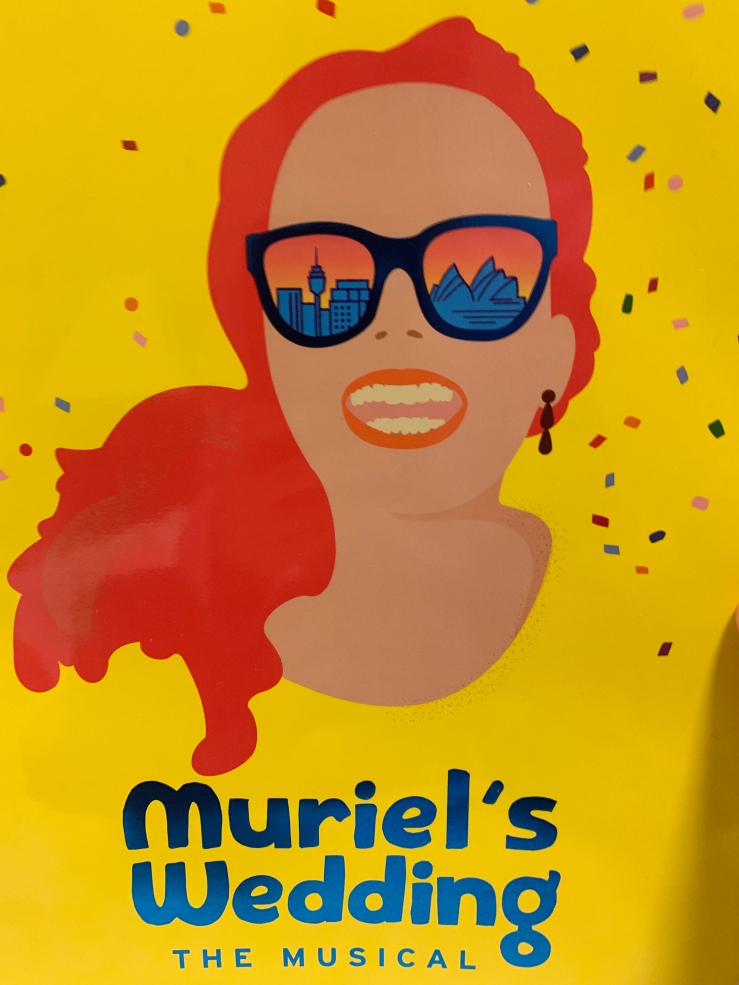