Our 3rd day in London started at 3:30am.  My darling children have refused so far to conform to the local time zone and have taken to going to bed between 4:00pm and 5:00pm then rising when it’s still dark.  This refusal to observe British standard time has so far served me well as I am able to abandon ship while the children are slumbering and mosey on over to the local pub across the road.  However, the downside is the constant pestering for breakfast at an obscene hour.  Luckily for me Ben usually grumbles, swears a bit and then gets up and takes them to a park so that the neighbours don’t complain about us, leaving me to keep sleeping/blogging.

The Natural History Museum was our first destination for the day and after playing in the park for a few hours we made our way by train to Kensington Station.  I was so excited.  Wandering aimlessly around museums is one of my favourite things to do.  Unfortunately, wandering around museums with children in tow isn’t as pleasurable as wandering around by oneself.  One of the troop had a stomach ache and reminded us of this every 15 seconds (to be fair, that is about my attention span), another member of our troop did not like the sight of skeletons (with the exception of dinosaur skeletons) so was very limited in the exhibits that they cared to view and the third member of our troop was just in a whingy mood and found very little to be of interest.  In fact, most of the museum scared the bejesus out of her (volcano information, earthquake simulator etc) leading her to decide Australia is the only safe place to be and we must return home immediately.

The only member of our troop to be enthralled and entranced by EVERYTHING in the Museum was the fourth member, Rohan, who is now full of fascinating facts that he cannot WAIT to share with everyone.

Surprisingly to me, after wandering around the museum for a couple of hours (and deciding that Ben and I need to return to London minus kids to spend a few weeks checking out all the museums) Ben suggested that we head to Harrods to have some lunch.  I had mentioned popping in to Harrods to I could buy one of those green Harrods bags with the intention of carrying it around back home in Australia as a way of advertising that after 20 years of dreaming I finally visited England but was surprised that Ben remembered and was supporting of such a venture.

We walked about a kilometre to Harrods with children so desperately hungry that everyone within a 100m radius of us must have assumed they had not been fed in weeks.  The promise of the delectable delights that would await us was all that kept us going.

From the second we walked in it became very apparent that we were completely out of place.  Nonetheless Rohan politely enquired to one of the posh looking guards about the whereabouts of the ‘food court’.  He looked puzzled and then pointed us through to the middle section of the shopping centre.  On the way we passed jewellery, purses and other items that cost so much Ben’s eyes started watering.  The “food court” was hardly a food court.  It sold hideously expensive and extravagant random foods that were not suitable for buying and eating.  There were also no seats.  We did manage to find one section that sold “eat-to-go” food and I briefly hopped in a queue to buy some sushi.  But whilst I was in the queue and taking orders from the kids I added up quickly in my head that if I got them each the equivalent of 2 sushi rolls it would cost us FIFTY POUNDS!!  In AU money that is $100 for a couple of pieces of sushi!  Not even I could justify spending that amount of money.

I abandoned the queue and suggested that we head back to the MacDonald’s I had seen just up the road.  Ben took the kids in to buy Macca’s and I went in to Marks & Spencer to buy some salad for Ben and I.  Marks & Spencer is my favourite food shop in London so far.  They have the most incredible range of fresh salads, wraps, sandwiches etc and they are reasonably priced.  This particular M&S however, had a very limited range of salads as most of their fridges were not working due to (I promise this isn’t a lie) “extreme weather conditions”.  It was 25 degrees celsius.

We further tortured our starving children by insisting that they march a further kilometre to Hyde park to eat their lunch.  Worse still, we forced our ravenous children to carry their own food all the way to the park.  Lunch was consumed very quickly when we finally arrived and then we spent some time snoozing in the grass under the trees.  This was quite a novelty for me as I have never rested on the grass in Australia for fear of ant and bug bites.

Hyde park was a little underwhelming.  I expected a lot more from such a famous location.  There is a nice little lake in the middle of it but it has the most obscenely ugly and humongous piece of “art” I have ever seen (no offence to the artist).  It is like a pyramid of used plastic barrels that have been painted orange and red.  Can someone British please explain the purpose/story behind this eyesore???

Kensington gardens and palace were even more underwhelming.  I was expecting flowers, beautiful trees and an incredible building.  What we saw was dry, neglected gardens and a building far less spectacular than the ones we have seen just wandering around London.  I even wondered if perhaps we were just viewing the servants quarters and that the actual palace might be hidden somewhere else??

After taking the obligatory photos we made our way to the train station to head home.  I wanted the kids to have a nap so that I could keep them up late and take them to see the lights at Piccadilly Circus.  The trip home was even more excruciating than the 1km walk from Macca’s to Hyde park with starving children.  By this stage the kids had walked 15km and had had a very early breakfast and only a happy meal for lunch.  The trains were delayed, everyones feet hurt, Isabelle’s legs not only stopped working but she decided that they were broken beyond repair and when the train did arrive it was crammed full of people.  Isabelle cried so much about her legs hurting that an elderly lady got up and offered her her seat.

By the time we got home it was 4pm and everyone immediately went to their beds for a ‘nap’ (including me).  This nap extended well into the night and I awoke fresh eyed and bushy tailed at 2:00am wondering what happened to my dinner.  I finally understood the anguish that Rohan has been going through these past few days.  No one witnessed Piccadilly lights.

The buildings in this city are absolutely phenomenal. I can’t stop taking pictures of them.  Every single building in every single street is more magnificent and spectacular than any building we have in Australia.  The intricacies and carvings are incredible and makes me want to learn more about London’s rich history – something I might have to do at a future date when we have more time.

Isabelle has invented a new form of dancing and delighted all the patrons on the train with her performance.  She has named it “Pole Dancing”. 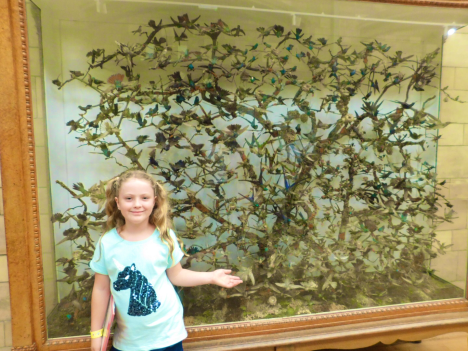 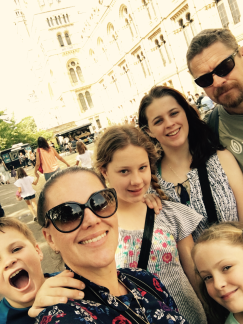 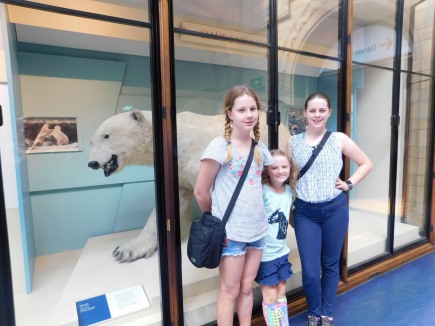 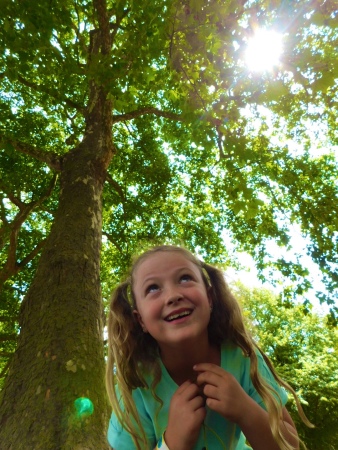 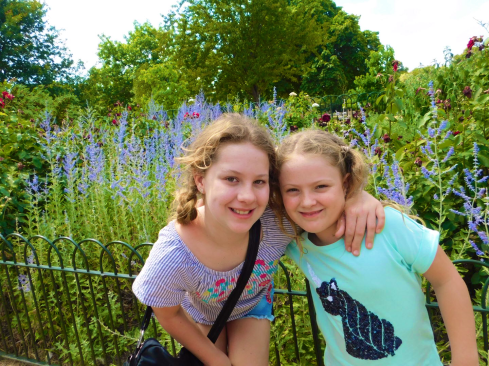 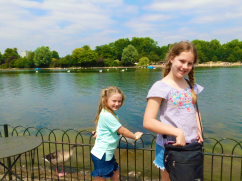 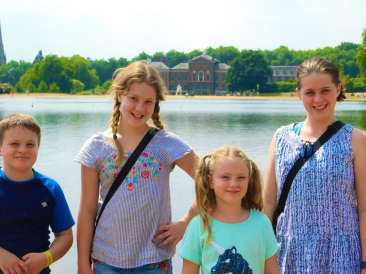 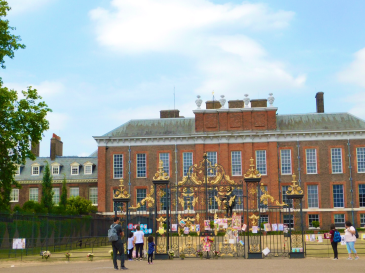 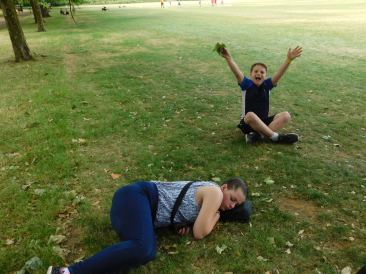 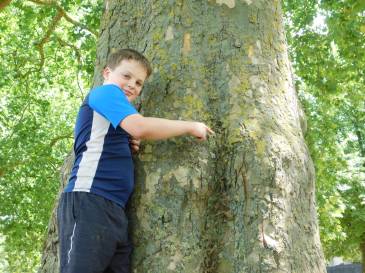 Rohan and his ‘Butt’ tree 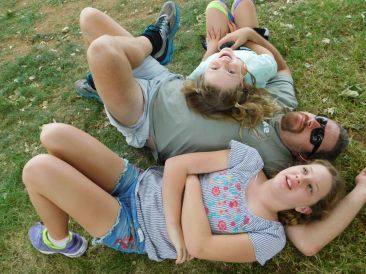 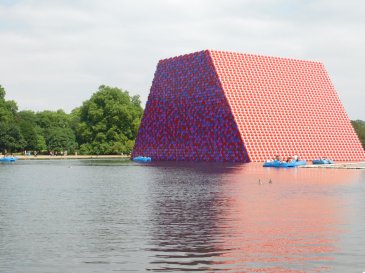 What the heck is this???

Not a fantastic pic but this is Kensington Palace.