It was really important to Ben and I to not just do touristy things on this trip, but to really experience everyday life of the people whose countries we were infesting.   So today we decided to spend the day like regular country British folk.  We took a long walk through a forest, talked to locals, complained endlessly about the heat and got excited about the “football” (soccer).

Okay, that’s a lie.  I did not get excited about the soccer.  The only thing that interested me about the soccer was the potential to escape from Ben’s watchful eye and go shopping, unaccompanied, whilst it was on and distracting him.

And boy oh boy did I shop!!  I am obsessed with Marks & Spencer (I swear they are not sponsoring my blog – not enough followers yet for me to get any perks).  Not only do they have fabulous food but they also have the best clothes!!  Ben warned me before I left on my shopping adventure that “you buy it, you carry it” brimming with false confidence that that statement alone would scare me out of purchasing too much.  Hehehe…. if only I could be discouraged that easily!!  M&S had massive sales and I found so many bargains, not just for myself but for the kids as well (I’m so altruistic)  Plus I found out that you can claim the tax back at the airport on the way out of the country which means they are practically free!

We also went and visited a local hotspot, completely void of tourists (except for the loud Aussies that turned up today), called Crickley Hill.  Crickley Hill is what we would call a National Park.  Rich in natural vegetation and animals (none that we saw though – much to Rohan’s disappointment) which has a history of human habitation going back 6000 years.  I smuggly thought to myself “very impressive, but we in Australia have national parks with a history of human habitation for at least 60,000 years.

Speaking of Indigenous Australians, I am going to deviate from my description of Crickley Hill to add something that I forgot to add to my previous blog on the Natural History Museum.  I have been very moved by the plight of the Eora people to have the skull of one of their ancestors, Pemulwuy, returned to them.  Pemulwuy is well known for resisting European settlement and encouraging his people to resist as well.  Despite having a bounty on his head, he managed to outsmart, escape and cheat death from all the settlers who were determined to capture him for approximately 11 years.  When he was killed by the Europeans, Governor King sent his head as a gift to Sir Joseph Banks along with a note that said “Although a terrible pest to the colony, he was a brave and independent character.”

The Eora people have been requesting for Pemulwuy’s head to be returned to them and despite Prince William promising in 2010 to find it, it has still not been returned.  I decided that on my trip to the museums in Britain I would pester every staff member I came across about the whereabouts of poor Pemulwuy’s head and implore them to return it.

The bloke I first spoke to was quite interested in the story and promised to look in to it.  But he also said some infuriating things like “it’s difficult because at the time the English thought they were preserving history and doing a good thing.  They saved all these items from being destroyed (I’m hoping here is referring to perhaps spears and tokens robbed from Egyptian tombs – not culturally important human remains).  Now everyone wants us to return them and it’s really a difficult process”.  I pointed out it was extremely important to the Eora people that  Pemulwuy’s skull be returned and given a proper cultural burial.

After I had spoken to him I was brimming with confidence that if I pestered enough staff members, someone would take up the plight and find Pemulwuy amongst their thousands of  artefacts and collectibles.  Unfortunately the obscene crowds prevented me from pestering anyone else at the museum so the first bloke I spoke to is my only hope.  But never fear, I am nothing if not persistent and pestering happens to be a great strength of mine (just ask Ben who constantly points out that he only wanted 2 children and I wanted 4).  I will return to those museums and I will get them to find Pemulwuy’s skull.  If Prince William can’t do it – I surely will – perhaps just not in peak tourist season.

Back to the Crickley Hill.  Crickley Hill has amazing views of the Cotswolds and absolutely beautiful fauna.  What I find fascinating though is that the beautiful fauna that fits in so well with this country side is viewed as an noxious weed, or dare I say ‘pest’ , in Australia.  We wandered around Crickley Hill, explored the forests, watched the kids build forts and argued over the age of a stone wall.

Back at our charming Cotswold abode, I jumped at the chance to wear one of my newly purchased outfits and attend a local micro-brewery so Ben could taste some local beers.  The micro-brewery had a pop-up restaurant that was serving Indian street foods so we ate delicious foods and drank beer.  I didn’t drink beer.  I had to stick with water as unfortunately for me, they did not sell any drinks suitable for me.  I did happily pose for a photo holding a beer though.

Oh!  I almost forgot to mention.  Rohan truly took the cake for a proper experience of British life – being stung by a plant called ‘stinging nettle’.  He handled it rather well.  The awful blistery welts that appeared on him were enough to scare the bejesus out of me and in future all forest walks will be conducted in full length pants and boots.

P.S.  Images are not organised in any discernible order or captioned as everyone is waiting on me to go castle viewing and strawberry picking.  I’m sure you can work it out though!!  I also haven’t had time to proof read due to the constant time pressures on me so please overlook any spelling/grammatical errors.

P.P.S.  Further reading about Pemulwuy can be found here:  http://adb.anu.edu.au/biography/pemulwuy-13147 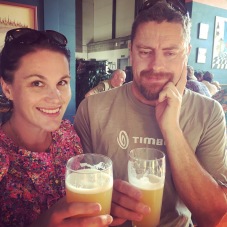 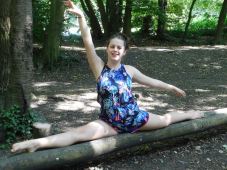 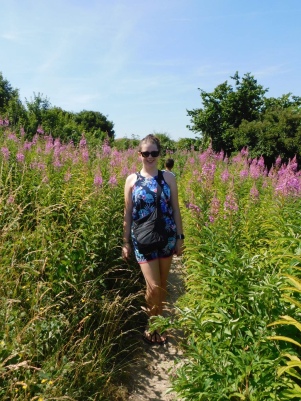 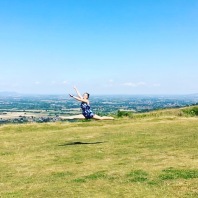 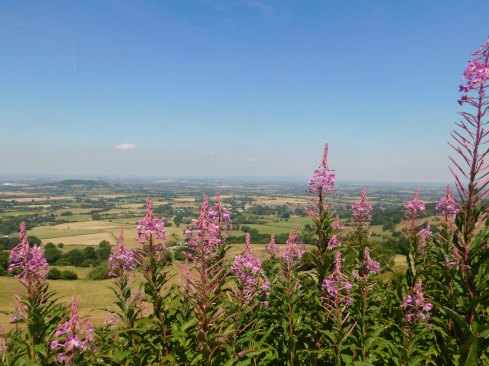 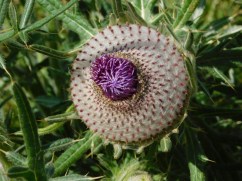 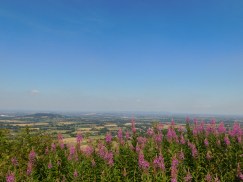 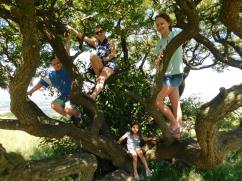 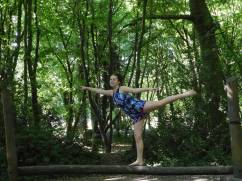 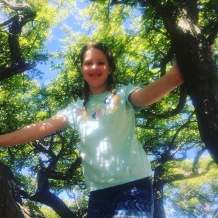 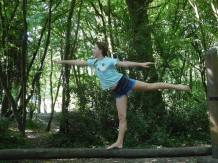 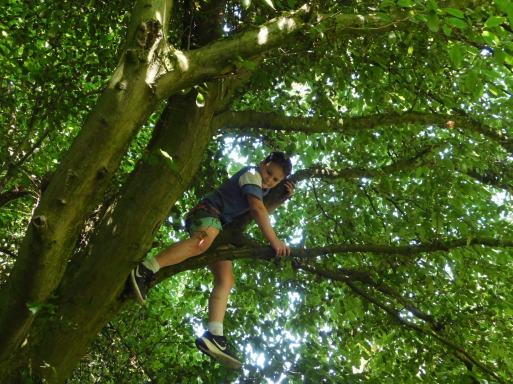 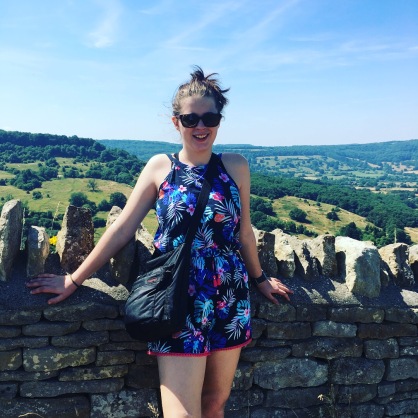 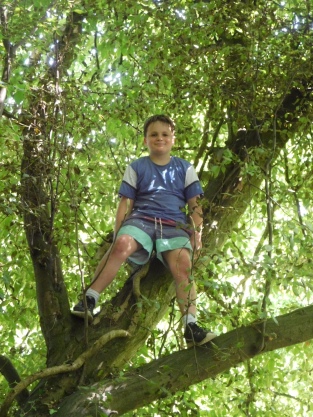 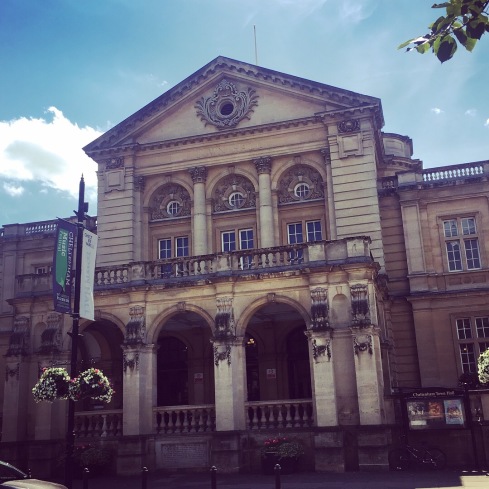 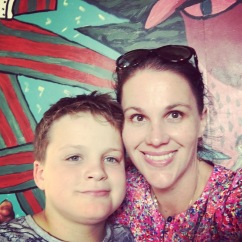 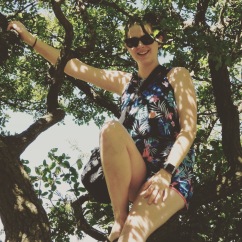 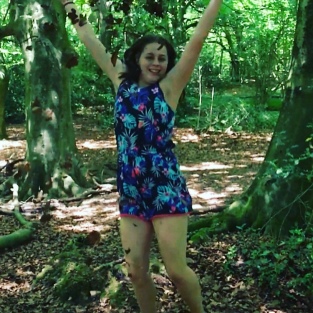 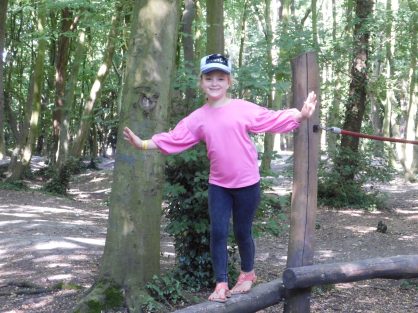