The last two days have been about journeying back to Paris so we can board the Eurostar, head back to London then fly home from Heathrow. I have the post holiday blues already and it still isn’t officially over!

Castagnole Monferrato was chosen simply because it was not far off the route we were taking to get to Paris. I knew nothing about the town. I just put Piemont (the region we thought we’d get to that day), into Airbnb and this place came up.

Being a good travel blogger means that you provide your readers with information on the area but alas I am unable to do so. All Wikipedia has to say about it, is it’s locality in relation to other cities and that it has a population of approximately 1200. There were a few other websites written in Italian on the town but I had neither the time nor inclination to google translate them.

The town itself was quite pretty and hosts a museum of wine, which led me to believe that perhaps this was a wine region??? Our Airbnb host indicated that most of the buildings in town were built in the 18th century. He also pointed out a wall that surrounds the whole town and told me it was built in 1200AD. I’m not sure who lived there or what happened in the 500 years from 1200AD to 1700AD but I’m guessing not a lot. Maybe someone spent years building a massive wall then just choofed off to another region? Who knows?? Our host spoke not a word of English and even though we told him numerous times that we did not speak Italian nor understand it, he seemed completely unfazed and would continue on speaking to us in Italian with so much enthusiasm and excitement that we just happily smiled and nodded.

Francesco, the owner of our Airbnb, had a little restaurant in town so we decided to give it a try and booked a table for 7pm that evening. We needn’t have bothered booking. We were the only guests there and I suspect that we may have been the first guests to visit the restaurant since his last Airbnb customers visited in September of 2017 and left a review recommending that future guests should also eat there.

He had laid the tables beautifully and we were given 5 star treatment. The restaurant is gorgeous and through google translate we learned that the paintings on the ceiling were done by Francesco and are copies of the ones in the Louvre. He had also copied other famous paintings and they too were hanging all around the restaurant.

To our surprise we were not presented with menu’s. Francesco asked if we would like a wine and since ‘learning to like wine’ is on my list of 40 things to do before I’m 40 I decided to give it a go. He bought Ben and I a glass of wine which I forced down, suppressing the irresistible urge to make gagging faces.

Francesco bought out our first course, which was some kind of cured meat with something that looked a little bit like mayonnaise but fancier. It was quite nice. We were also given a whole heap of different types of breads. After we had finished he whipped around with the second course, which had the children wide-eyed and terrified. We had told them they had to eat EVERYTHING they were served and say that it was “Bellissimo!!!!” even if it was dog shit dipped in sprinkles. The second course may as well been dog poo dipped in sprinkles as far as Kylah and Isabelle were concerned. I don’t even know how to describe this dish. It’s nothing I’ve ever experienced before.

Actually, I have. When I was little my mum used to make strawberry jelly and add things to it like chocolate chips, tinned fruit and sometimes cake to make it like a mini trifle? Well this was similar to that except that it was various vegetables and an egg set in gelatine. It had a very vinegary taste and if you spread the mayonnaise like substance over it, it didn’t taste too bad. But I was really grossed out by the clear gelatine texture and quickly slipped mine on to Ben’s plate (I didn’t want to be rude) whilst forcing all the kids to dig in. Rohan and Ben loved it!!

Third course made Rohan’s eyes widen and a look of horror filled his face. It was a very, very cheesy piece of some kind of quiche or pie with asparagus in it. To his credit, he ate most of it and tried to do his best thumbs up sign when Francesco asked how we liked it. I told Francesco not to bring 4th course for Isabelle because she was already full. This was the one course everyone loved. Saffron risotto with zucchini. By this stage all the girls were stuffed and declined the next course which was some kind of meat (pork or chicken) which had been “cooked” in vinegar. Not actually bought up to the temperature required for cooking meat, but just soaked in vinegar for goodness knows how long. Also on the plate was an egg and eggplant “cooked” in a similar manner.

Thankfully there were no more main courses and we were bought out dessert. It seemed like he couldn’t decide which dessert to serve us because we were each presented with a plate of chocolate mousse, fruit and a peach pie. Ben and Rohan were the last men standing having made it through the 2 hour 6 course meal.

We thanked Francesco profusely, paid an eye-watering bill and set off on a walk around town where we were able to observe the lunar eclipse. The serenity of watching the most amazing eclipse to happen in a 100 years was ruined by nearby children claiming “It’s just a moon!!”, “I wanna go home” and “mozzies are biting me!”.

Our apartment was 3 stories high and Ben and I put ourselves on the 3rd story where we had a little veranda. We were hoping that the noise of the children would’t travel through the thick stone walls of the house. We were correct in assuming that the noise from the kids wouldn’t travel through the walls but what we hadn’t banked on was the noise from the church bell, which rang on the hour ALL NIGHT LONG. Not just one ring either. Numerous rings.

My little USB fan had broken and it almost broke my heart realising that I was going to have to suffer through a hot night with no airflow. The absence of airflow, combined with the church bell ringing loudly led me to have a terrible sleep. All I can say is thank goodness I found those Ferrero Espresso to Go thingy’s or I would not have been able to function yesterday.

When the church bell went again at 5am I decided to get up and take some pictures of the moon, which my FB feed had told me was quite spectacular when it happened down under 8 hours ago. My news feed was full of pictures that crazy people, who willingly got up when it was dark to take photos of the moon, had posted. I climbed the railing on the verandah and leaned on the neighbours roof to take pictures. I lost count but I think a conservative estimate would be at least 30 000 photos. As I am unaware of how my camera works I just kept changing the settings and hoping for the best. A few of my pictures came out so well!! I am super proud and want to nominate myself for some kind of photography award. I dare say it’s more dumb luck than skill but I would gladly accept an award from the World Photography Organisation regardless. In my acceptance speech I can reference my photo being a Bradbury moment. Besides, I didn’t see anyone else risking their lives climbing on a balcony made over 200 years ago and resting their camera on a roof.

The pictures for this blog are a bit boring sorry and a lot of them will be pictures of food. The area we were in was beautiful but I’m kind of desensitising to all the beautiful scenery and keep forgetting to take pictures.

P.S. I just read this out loud to Ben and the kids and Rohan would like me to point out that he enjoyed watching the eclipse and didn’t whinge at all. Ben would like me to add that even though Rohan tried his hardest, he still bought with him 1 star manners to a 5 star restaurant. 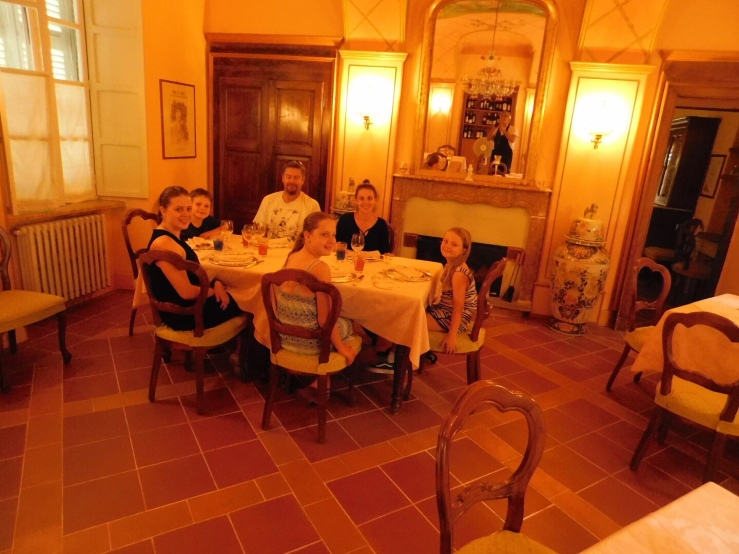 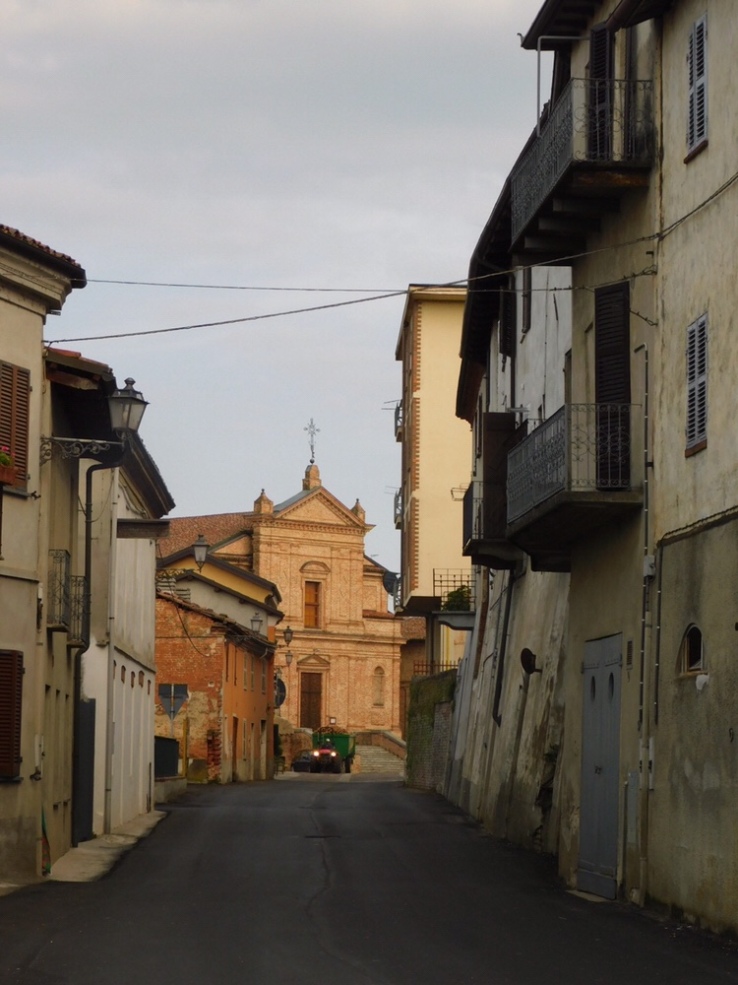 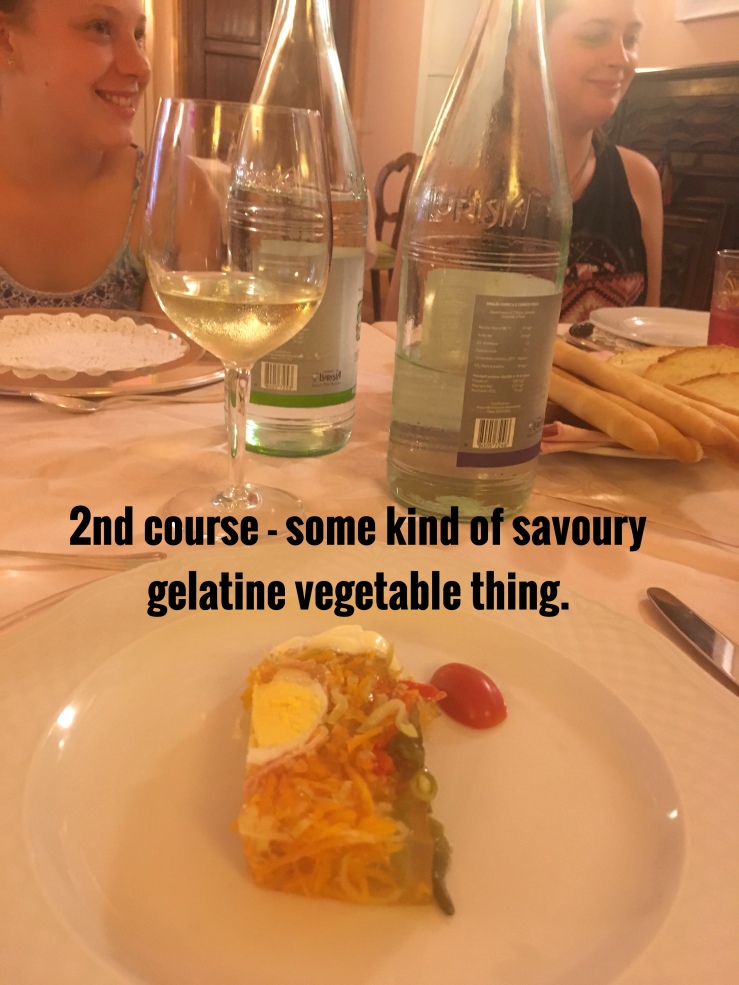 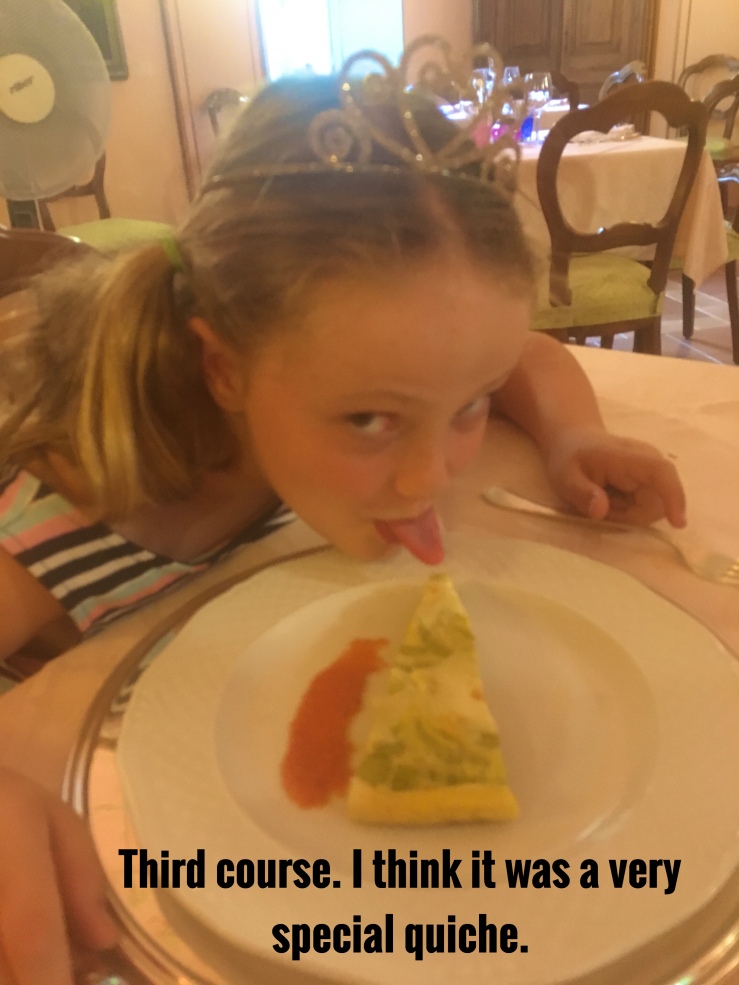 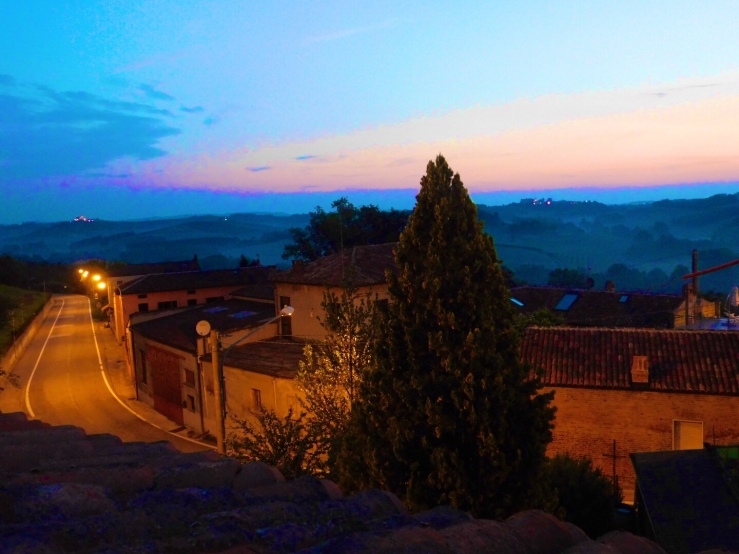